There are two forms of courage in this world. One demands that we jump into action with our armor on. The other demands that we strip ourselves bare-naked and surrender. Bravery is a curious thing.

From “Spiritual Graffiti” by Jeff Brown

Open vulnerability has always been my natural flow. Boldly asserting myself, not so much. The result? A mighty river was dammed up and exploited to the point of stagnation and near death.

It’s been 15 years since I cried out in desperation to Whatever God There Is, asking Them if I’d ever experience true freedom and love in all fullness. They promised I would but that it would come at a terrible price. Three times I heard Them ask if I was willing. With profound sincerity and trepidation, I said “yes” to all.

From that moment on, the river resumed its flow, gradually increasing in strength and filling the massive reservoir behind the dam. I’ve waited in faith for Them to reveal the timing for when and how to demolish the man-made restraining barrier and reclaim my natural intuitive flow as everything I AM. That time is now.

Everyone who lived comfortably downstream at my expense has been given ample warning and freedom to move on into whatever life they want for themselves apart from me.

Originally written and posted September 2016, a month before plunging into full awareness and the fight for my life and the lives of my children.

I made my bed, and I sleep like a baby
With no regrets, and I don’t mind saying
It’s a sad, sad story
When a mother will teach her daughter
That she ought to hate a perfect stranger
And how in the world
Can the words that I said
Send somebody so over the edge
That they’d write me a letter
Saying that I better
Shut up and sing
Or my life will be over? – Dixie Chicks

Once upon a time, we were offered 6 figures to climb the corporate church ladder and be entertainers in an even bigger and better church than we were already in. We turned it down. It’s quite a story from there.

The short of it, the second we stopped singing at the church we’d remained loyal to in order to minister with integrity, they broke every promise they’d given of support, disowned and ghosted us, leaving our family of 6 hanging with nothing.

We kept our baby church alive as best we could for 3 years right under the shadow of the Big Bro Church. I’ve really got to hand it to them. They were (and continue to be) absolutely amazing at pretending not only that we don’t exist, but that we never did.

Jimmy is still there. I couldn’t take it another second and fled to where the love is with my family.

So imagine, if you will, what it was like for us last summer, as we were making the tough decision to put our church baby on hospice, when my husband received a text from the former boss who’d wanted us so badly 5 years prior, demanding he silence his wife.

I was saying dangerous and heretical things.

Here I was thinking I was nothing to no one. Turns out I was a very Scary Girl.

Alright Bros of God…you only want to hear my voice if it’s singing?

So you’ve had your heart ripped open and torn to shreds, been physically and financially exploited and devastated, and now…here comes the smear campaign. If you are going to escape, there’s no escaping this classic hallmark of the malignant narcissist. It’s not enough to simply cut you open, they must fling fistfuls of excrement into the gaping wounds they inflict and recruit as many others as they can to join in. The only saving grace one has in breaking free from one of these things is in how utterly predictable they are in their pattern of behavior. They do not and cannot deviate from it.
The smear campaign is the absolute worst in terms of pain, isolation and humiliation.
However, the absolute best is on the other side once you’ve identified all the people in your life that need to go. For me, it’s been 98% of everyone I knew in 20+ years of church world. Gone. I do not miss any of them any more than one would miss cancer once in remission. The only real loss is in having to cut off some lovely genuine people with social/familial ties to the toxic ones. Losing them is like surgically removing a margin of healthy tissue around the cancer to ensure you’ve gotten it all.
My life is finally my own and I can breathe.
My children are happy because I am finally happy and free and sane. Every relationship that remains or is established going forward is healthy and REAL.
The enormity of the injustice and cruelty hurts like hell, but if you survive it without becoming the monster yourself…nothing can touch or stop you.
Nothing. It’s becoming my everything.

Leaving a Person with Narcissism: Here Comes the Smear Campaign 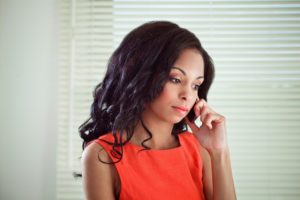 It took FOREVER to finally leave the person in your life with narcissism, only to realize that once you made that fateful decision, your name became mud.

Your ex is not going to let you go without a fight. You’re going to be villainized like you never experienced before the breakup.

All your friends and family will hear how crazy, unbalanced, manipulative, and narcissistic you are. Your ex will be sure to strike first; you may not want to strike at all, but your hand may seem forced.

The smear campaign of a person with narcissism can be so convincing. Since, throughout the relationship, you mainly kept your mouth shut about the problems you were having, no one really saw this coming. When your ex starts to talk negatively about you, with feelings of hurt and strong conviction, others may be inclined to believe what they hear. They had no idea how “crazy” you were, but now, if they think about it, they do remember the time you did x, y, or z.

Like many people with narcissistic qualities, your ex can be a master manipulator. They can turn on the sad eyes and tears, convincing everyone how dearly you are loved by them and how clueless they are about why it ended so abruptly. Maybe it’s menopause or a midlife crisis on your part. Obviously, something is wrong with you.

The smear campaign may even work with your children. The children have become so accustomed to an abusive relationship that the concept of scapegoating seems normal. Blaming and villainizing others has been modeled as acceptable. They may see nothing abnormal about making you a target of wrath. And since they love the parent with narcissism, they likely want to win their favor, which makes it all the more easy for them to join in the campaign.

The Anatomy of a Smear Campaign

How to Deal with Narcissistic Attacks

What can you do if you find yourself in this position? Here are some tried-and-true suggestions from those who have gone before you:

Yes, you do deserve defense, but being caught in the trap of trying to get others (and the person with narcissism) to see your good heart can become a never-ending battle. It is easier to simply tell yourself, “They aren’t going to see,” and move on.