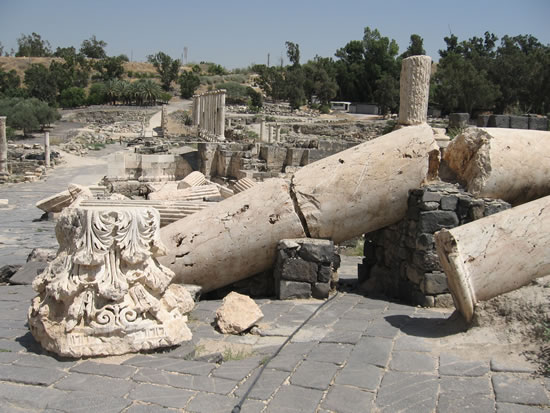 For me to finally understand exactly how fucked up we are and in what ways is, quite frankly, a massive relief. Every single pillar of certainty that I’d been led to believe was unassailable has toppled in recent years. Throughout this process, I’ve been clinging to what I considered to be the central pillar, convinced it was the one that would never, could never, should never fail. Then it too began to crack and pitch and I could no longer depend on it for safety and comfort.

And that’s the sickest/saddest part about the whole thing- it had never provided me the stability and protection I’ve always craved. No, this “central” pillar never stood still. It was perpetually restless and roaming, resistant to anything and everything that sought its support. Yet I’d been conditioned to believe that it must be that for me and had convinced myself that the reason it wasn’t was entirely my responsibility. If I threw every bit of myself into “supporting” this pillar, i.e. clutching ever tighter as it jumped and swayed precariously, feverishly patching cracks to keep up appearances (we’re good…we’re solid…we’re fine), it would eventually be still and strong and a source of stability and safety around which the rest of my life could nobly function.

It’s actually quite the comical visual. Everything else in my world had long ago disintegrated into rubble and ashes, yet here I was still insisting it was right and good to chain myself to the remaining wobbly and wild pillar that wasn’t even holding anything up and was aggressively trying to shake me off for my own good as it approached terminal collapse.

Up until 3 days ago,  in spite of what seemed like the never-going-to-end 9.0 temblor that had disintegrated everything I thought should be but never really was, this remained my unshakable belief –

Then let go, you dear delusional girl. LET GO of the thing that is shaking so violently and let it crumble. You won’t die if you let go…but you surely will if you keep trying to hold it together. Let go, Love. Let go. Let everything die so that you can finally live.

And I did…right there standing in front of the kitchen sink doing the dishes. I saw it. I understood fully and gave myself permission to do what up until that very second had been unthinkable – give up on my marriage, my idea of what this thing is supposed to be and let it collapse all the way.

The crushing, debilitating panic instantly vaporized. There was no crash, no boom, no implosion, only instant relief and supreme stillness. In that divine stillness such fullness, warmth, nurturing and belonging.

Oh heeeeeey, there They are, Whatever God There Is, or rather – there I AM. Then it began bubbling out of me. A wide, wild grin took over my face followed by unconstrained giggling before finally erupting into deep, somewhat maniacal laughter. I’d imagine it’s the same euphoria one would feel upon realizing they and their loved ones were alive and safe after a disaster, even if they’d lost everything else to it.

And that’s where I am. It’s all gone. All done. Everything, and I do mean everything, that was but actually wasn’t, is rubble. It’s sunrise and I’m getting my first look at the scene after the quake storm (as my oldest Big used to call it when she was little) and I’m happy. Giddy, in fact. I’m in no hurry to clean up or rebuild. I can’t even think about that right now or what it might look like. All I know is that I don’t need to know anything and the future doesn’t have to be any certain way. There is no should be or should have been. There are no supposed to be’s.

Will a couple of middle-aged, highly avoidant personalities find a new way of being together now that everything has fallen apart? Yes…they will…in some capacity, but I no longer have any expectation for what that must look like nor sense of obligation that I should. Whether what is to be exceeds my wildest dreams of fulfillment or is something wholly undesirable that I never imagined for myself or my family (reality is certain to be somewhere on the spectrum in between)…I AM going to be OK.

There only IS what is, and right now is sacred and pure and I’m not about to rush through this gift of serenity and stillness in the aftermath of the Great Reduction. I’m going to rest here, just me and Whatever God There Is, who have always manifested Themself to me in reality, and find the comfort and security I crave with Them as I laugh/cry in unhinged relief as the encroaching light incrementally reveals all that is now after the shaking. I’m alive, goddammit. I’m alive…and for the first time in my life not lonely and afraid.

Oh, there I am. You lovely, demented girl. Take a beat and then let’s get to work building up YOU – the central pillar – strong and true. Who knows what beauty these hands are capable of creating with what IS now that they’ve finally released their death grip on what never was.

3 thoughts on “The Last Pillar Has Fallen”